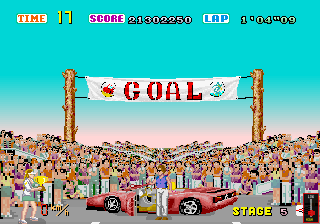 Decompilation is complete: 13 months later, over 400 subroutines, ~20,000 of lines of commented assembler (a rough estimate) and countless late nights.

Pretty much everything is done to a standard I'm satisfied with. But it's important to also consider what has been omitted:
The upcoming enormous challenge is to rewrite the game engine in comprehensible C++. I will be releasing the rewritten source code as I work, so that those interested can follow my progress. I initially expect visible results to be slow, so please be patient. If there are any questions, please post in the comments and I'll happily answer anything sensible.
Posted by yt at 11:24 pm 4 comments: