Colin posted me a prototype CannonBoard PCB last week. Click the images for a larger version.

Here's a shot from the back so you can see how it connects to the Arduino.

Here it is connected up to my chaotic test harness with the original OutRun connectors: 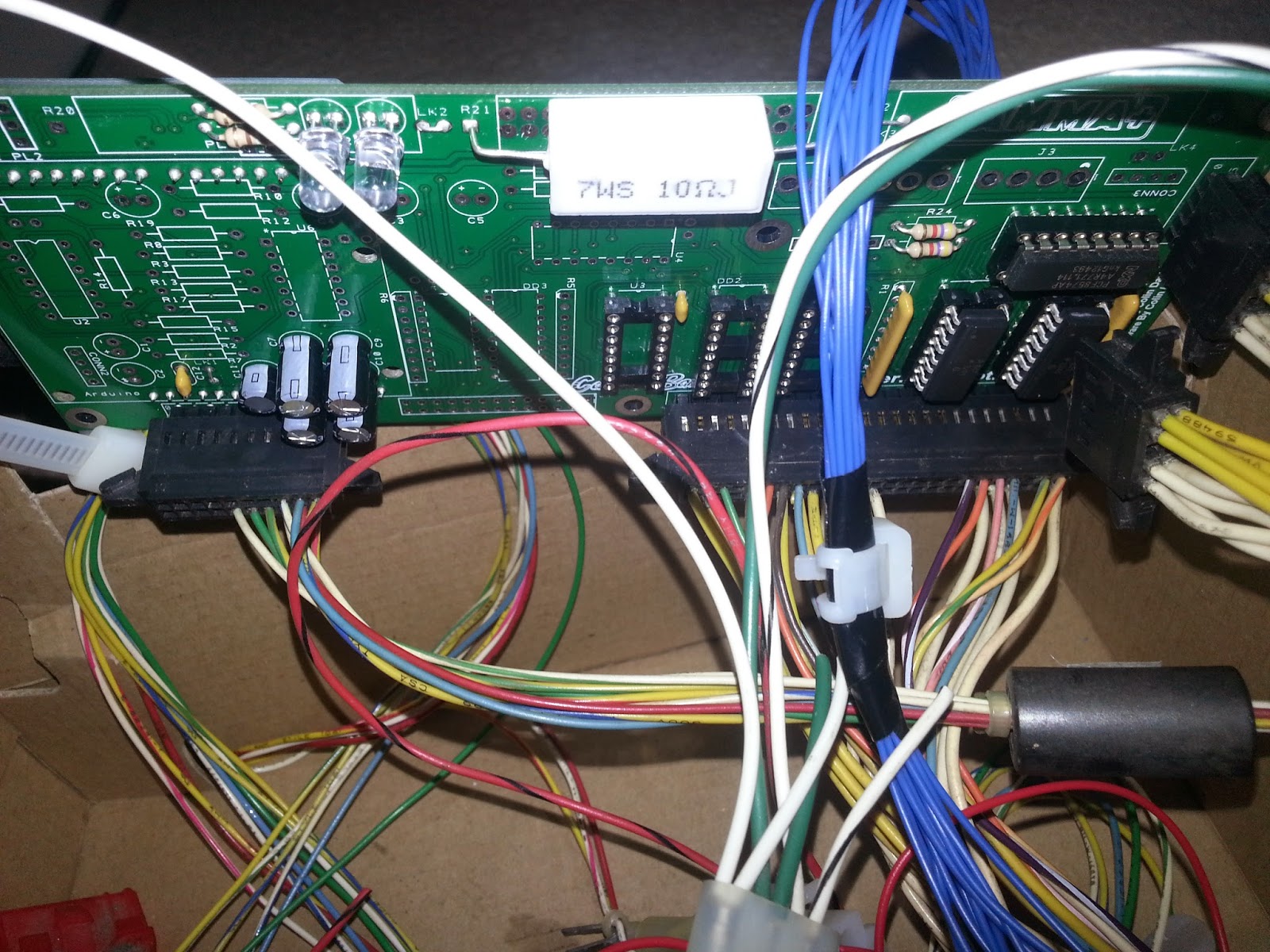 To make testing simpler, I'm using my hacked together OutRun controls. I normally attach these to an original OutRun PCB, but they're perfect for testing this setup. 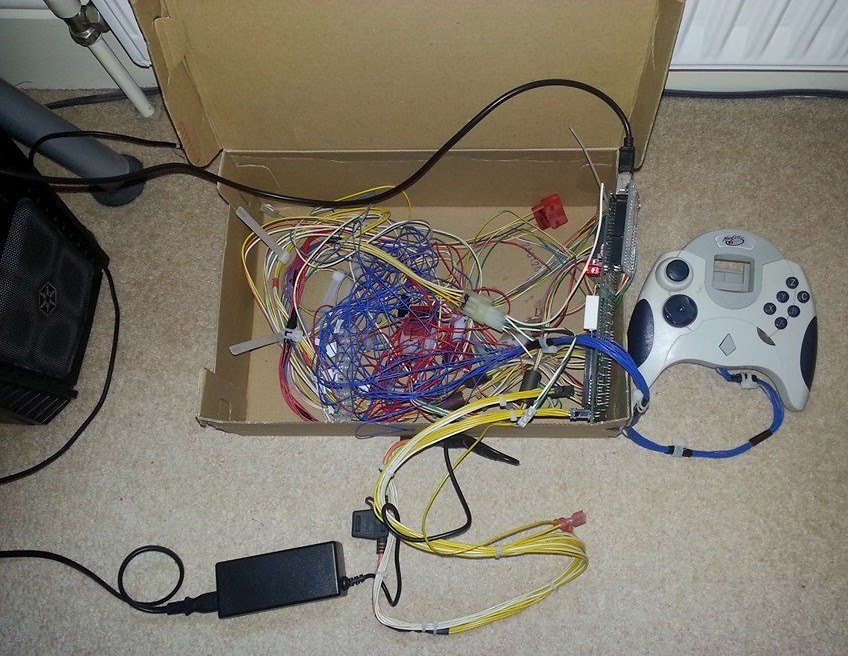 Some LOL wiring here. It all works though. Note the stylish shoebox.

CannonBall is currently working with the controls, which means there's no reason this shouldn't work with the original controls in a proper cabinet now. I've sent a test version back to Colin to play around with. In the meantime, I'm just pleased to have my name on a PCB. 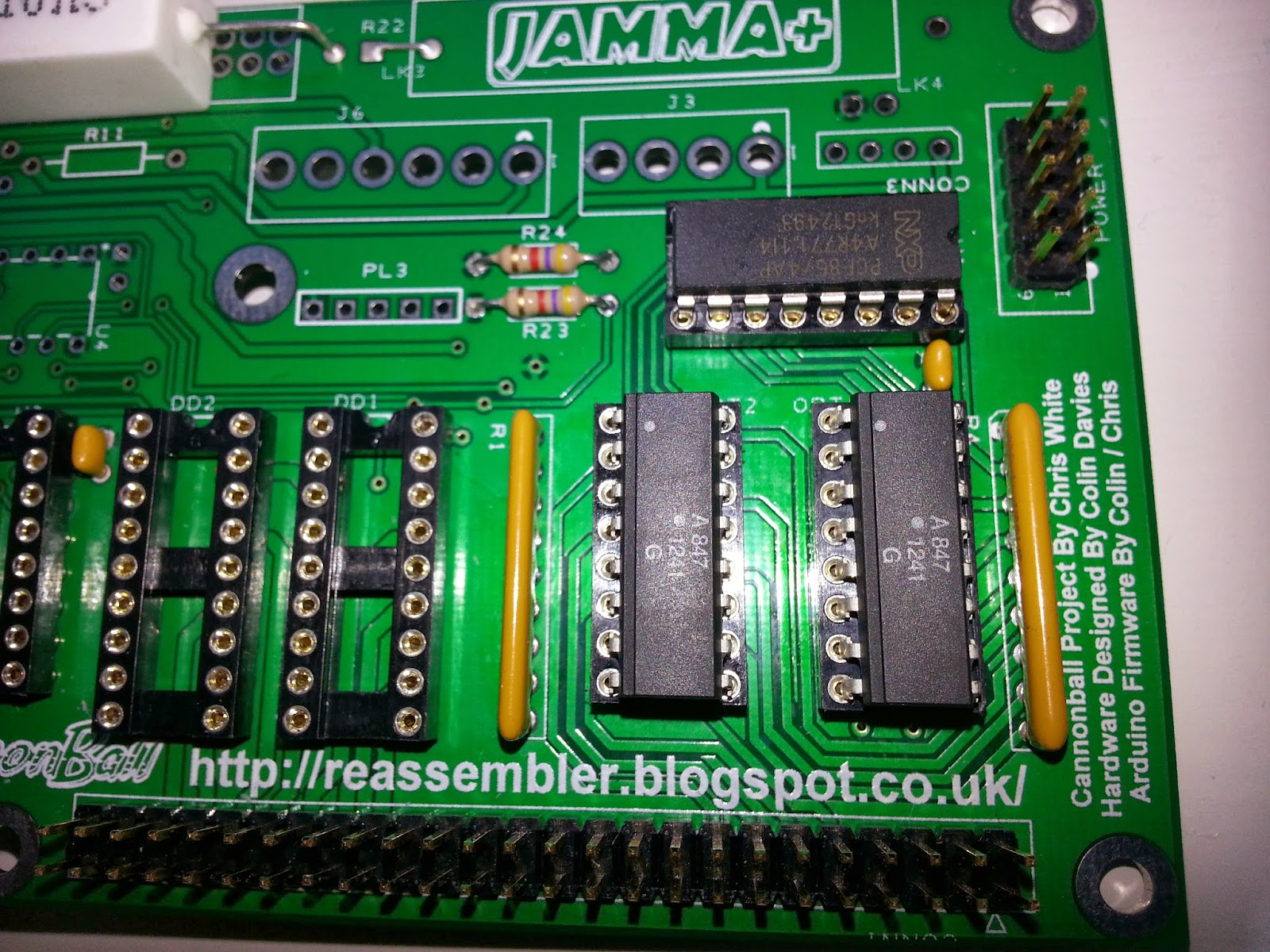 I have another project in the pipeline - Project Baby. It's due to start any day now and will likely consume a fair chunk of time ;) Aside from that, I'll be working on the CannonBoard interface mostly during my moments of spare time. I'm looking forward to getting the motor outputs hooked up among other things.