Read Only Memory has a formidable track record of publishing high-end game books, so I was particularly excited when Sega Arcade: Pop-Up History was announced. Models of six Sega Taiken arcade cabinets delivered via a pop-up book, providing a double-dose of childhood nostalgia in both subject matter and delivery format. 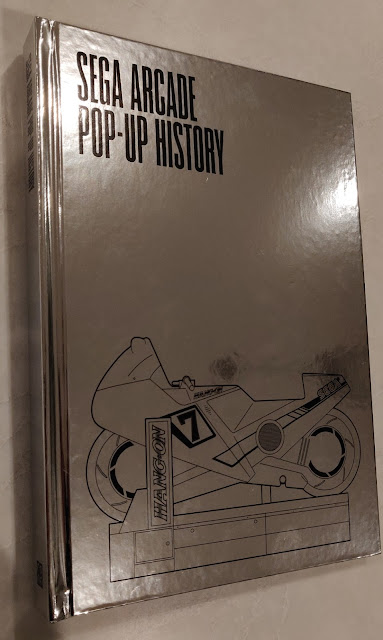 The presentation follows the clean, minimal, design patterns established by ROM’s other titles. Screenshots are used sparingly and rendered with a faithful scanline effect. Less is more, with a solitary image on most pages isolated by plenty of white-space. The most fascinating content, other than the pop-up models, is the restored concept cabinet designs from Sega’s archives. Whilst not exhaustive, (there is a far wider range of concept imagery in Yu Suzuki’s GameWorks Vol. 1 for example) this is the clearest presentation of the artwork. It’s insightful to glimpse the design process behind the games we know and love. Hopefully one day the full treasure trove will be published. 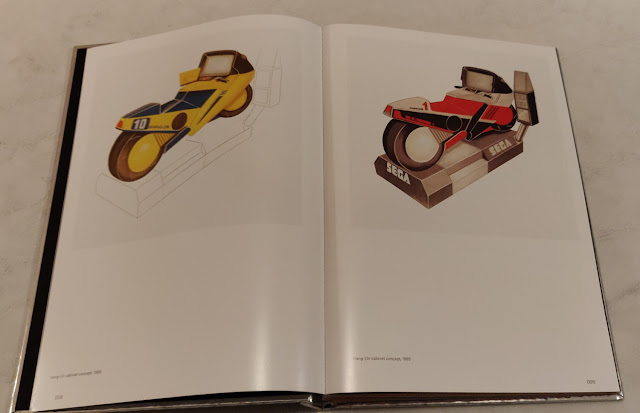 The accompanying prose perfectly captures the magic these machines first invoked for gamers, alongside the technical practicalities of the hardware itself. Keith Stuart is one of the best game writers in the business and he has passed his homework with flying colours: Yu Suzuki is consulted and quoted, old developer interviews referenced and fanatic arcade collectors contacted. A lot of ground is covered in a small amount of space. I’m partially biased as I was lucky enough to advise on this area of the book. As such, I hope it avoids perpetrating the common myths surrounding these machines, as well as proving both insightful and accurate! 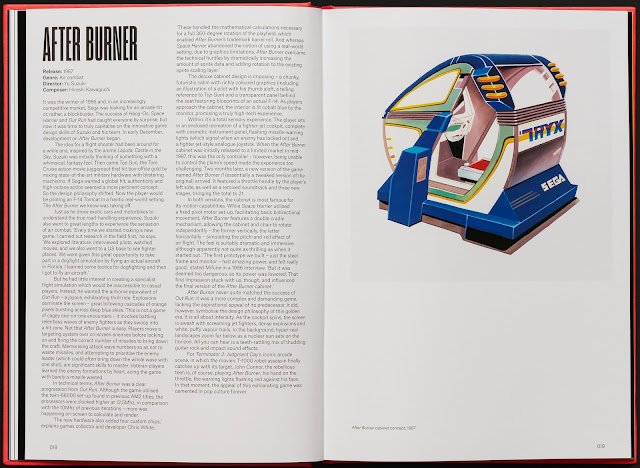 The pop-up models are quite rightly the centrepiece of this book. I was intrigued at how intricate they were - especially the AfterBurner model, although my technical expertise in the field is limited to books I read to my children! That being said, the proportions, artwork and overall feel is spot on. Clearly, some of the curved surfaces are not fully reproducible when transferred to folded paper, but for tabletop novelty factor, this can’t be beat! The only similar product I’m aware of is Dorimaga magazine’s Sega papercraft series. This was published over 15 years ago and required the reader to construct the models with scissors and glue. 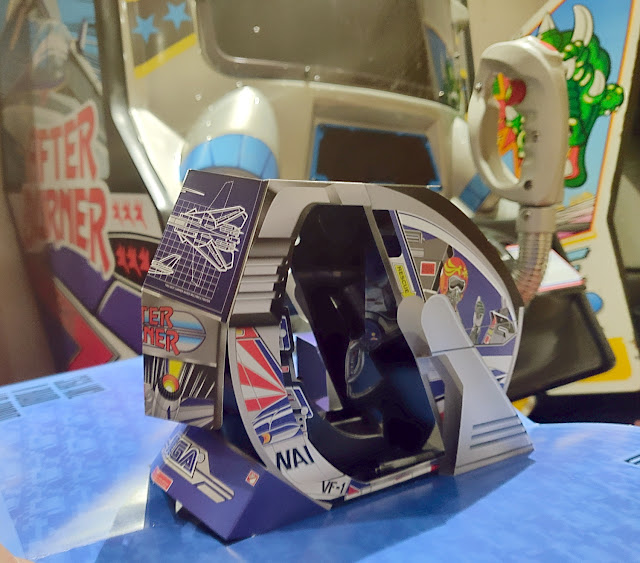 One thing to note is that this book isn’t an analogue to a title like MegaDrive: Collected Works. There are only 32 pages of editorial content, as opposed to over 300. You purchase this book for the quality of the pop-up models themselves. And so you should. After all, where else can you find a product quite like this? 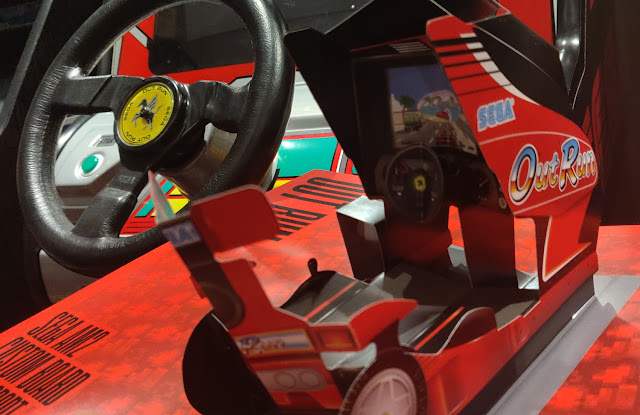